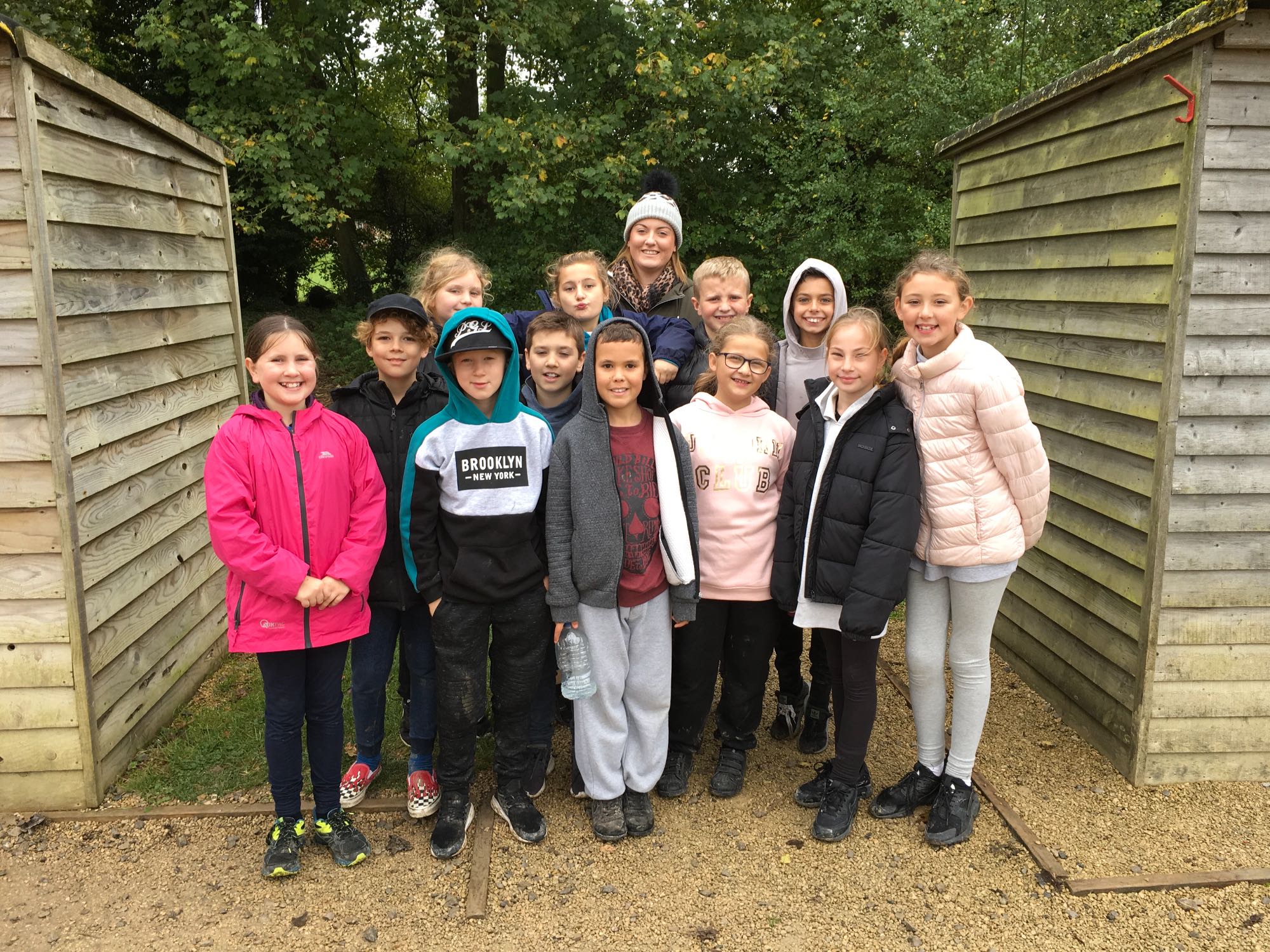 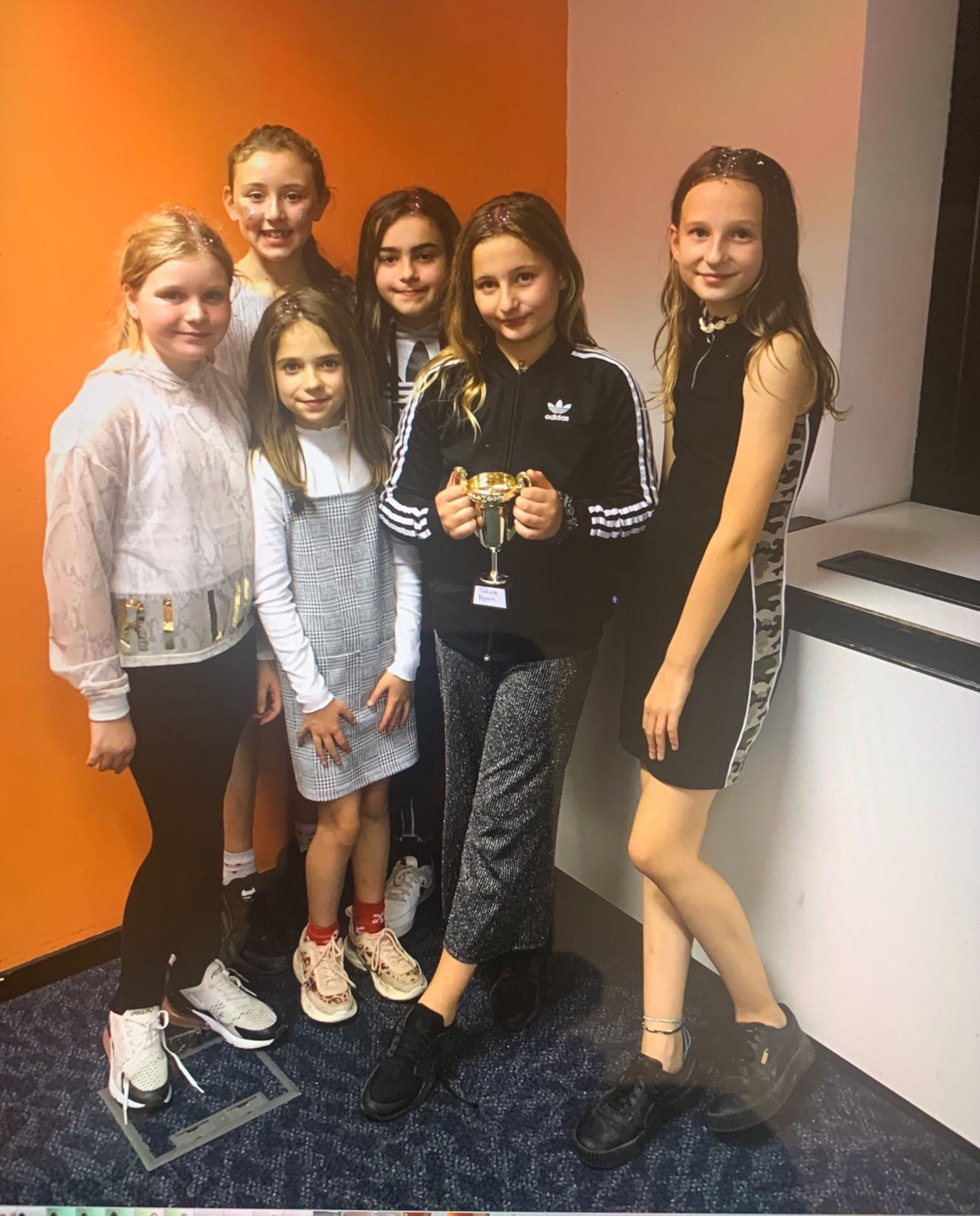 Last full day of activities today and we had lots of fun!

We started our day with Trapeze (Leap of Faith) and got into our harnesses much quicker! We were all feeling really determined despite the rain and were raring to go! Not only did we all make it to the top but Ruby, Alfie T, Liam and Lacey all jumped off the platform. This was an amazing achievement as they all conquered their fears and Miss Duggan was extremely proud of each of them! We followed this activity with archery which was enjoyed by all and Imogen got a bullseye on her first shot. Lunch was a selection of different pastas and salads.

In the afternoon, we had Sensory trail which was Miss Duggan's favourite. We were blindfolded and had to walk through obstacles and work as a team. Miss Duggan kept tickling our ears with leaves and making us jump! We finished the day with Crate stacking.

We started our day with archery which everyone had a real good go at! Then we moved onto trapeze. This was much more challenging in the pouring rain but everyone gave it a really good attempt. Katherine and Summer made it all the way to the top despite the weather which is a huge achievement. Well done!

Later on, we had Crate stacking and Charlotte climbed really high. This required lots of balance and made her feel 'Craaazzzyyy'. Amber gets a special mention for trying so hard with all the different foods on offer this week although she was extremely pleased when we finally were offered chicken nuggets for dinner! Henry has been the life and soul of this group and really has enjoyed his time especially at the disco with his disco moves that he has been practising for all week!

This was our best day so far and we had lots and lots of fun. We began our day with archery and had varying success. Corey's plan was to make the arrow go as far as possible completely ignoring the targets! He has also been really supportive to his friends. Following this we had the giant swing, Oscar had a real laugh with Ms Ringrose and has had a really positivie attitude. Evie also enjoyed the giant swing however on the first swing past the group she was crying with fear and by the time she had swung back she was laughing yelling 'I'm fine now!!

Next we had areoball and Arda impressed everyone with his fabulous basketball and trampolining skills. This area was really muddy so everyone gave themselves mud war paint and ended up covered. Last we had Jacob's ladder. Ronnie has given every activity this week his best shot even when lacking in confidence and Ms Ringrose was very impressed.

Tonight we had our disco! Some beautiful outfits were worn and some fabulous dance moves were performed. Miss Duggan bought lots of glitter with her so we could all decorate our faces or hair and shine through the night. There were several dance battles and lots of singing!

Those of us not at pgl spent today amongst lots of pumpkins. We started with painting ceramic pumpkin tea light holders.

After break, we each cut open and carved our own real pumpkin. We took both our ceramic pumpkins and our real pumpkins home with us.

We did some baking in the afternoon as we made pumpkin pie. It was still warm when we left so we will be tasting it tomorrow during our movie day.

This will be the last blog from us. We’ve really missed all our friends at pgl but we’ve still had a really fun week to remember back at school.

Please could we ensure last names are not being used on the blog in order to comply with GDPR.